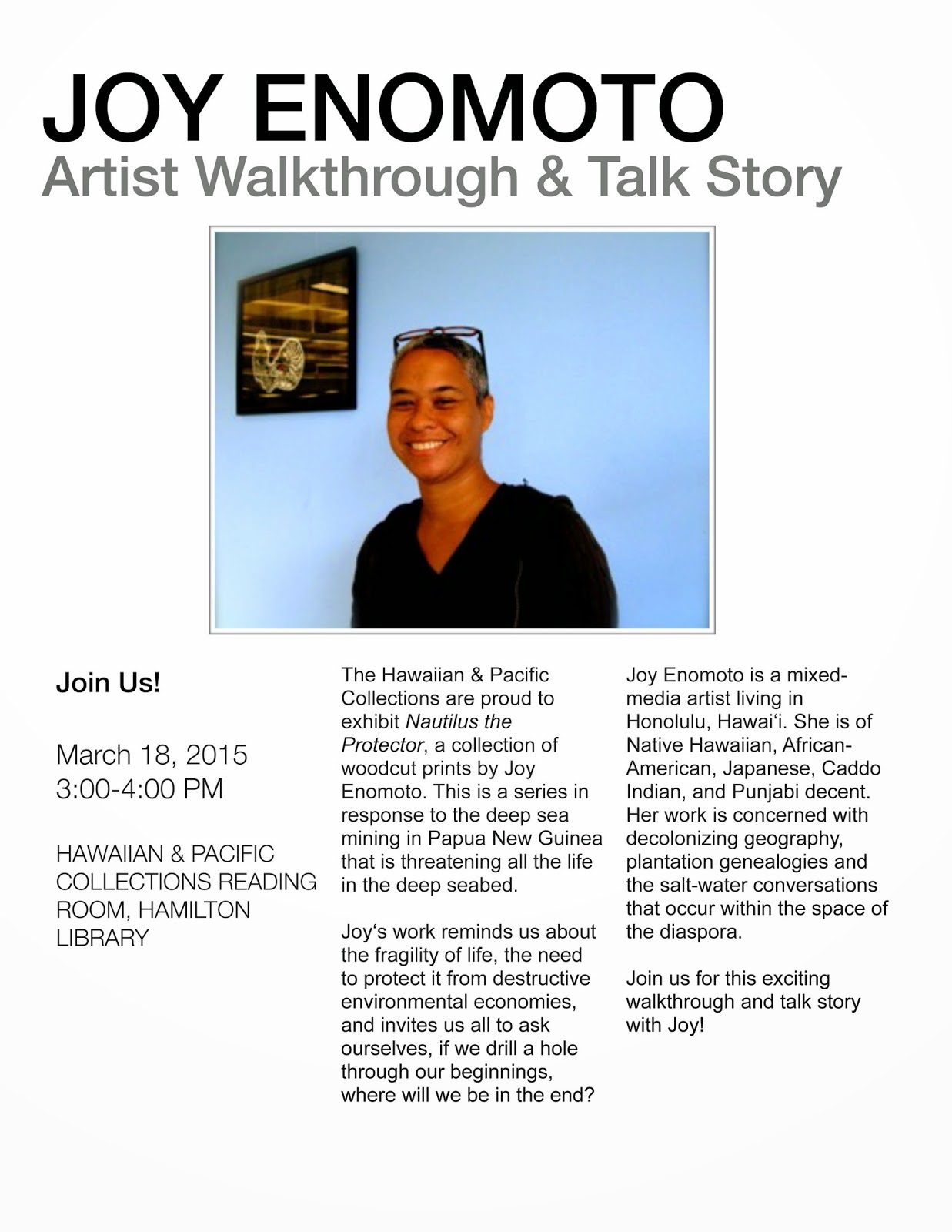 Popular posts from this blog

Volume 28, no. 2 of  The Contemporary Pacific   is now available in open-access format at:   https://scholarspace.manoa. hawaii.edu/handle/10125/2828   The Contemporary Pacific,   which is co-published by the UH-Manoa Center for Pacific Islands Studies and the University of Hawai'i Press,   is the world's foremost journal of interdisciplinary scholarship relating to Oceania. Back issues, from Volume 1. number 1 (1989) through one year prior to the present are freely available via Scholarspace, the UH-M Library's digital repository. Current issues are available to UH-M students, faculty and staff via   Project Muse  (which houses issues from the year 2000 through the present).
Read more

March 08, 2011
The below is quoted directly from an email message circulated by the UHM Center for Biographical Research: "Henri Hiro and the Tahitian Cultural Renaissance" by Didier Lenglare Thursday, March 10, 2011 • 12 noon – 1:15 pm Center for Biographical Research • 1800 East West Road, Henke Hall 325 Henri Hiro was a poet, teacher, filmmaker, pastor, and activist, and the founder of l’Office Territorial d’Action Culturelle. Born on Mo‘orea in 1944, he was raised in Punaauia by parents who spoke only Tahitian. He traveled to France to study, then returned to the Islands and became one of the first Mä‘ohi artists and intellectuals to inspire a renaissance of Polynesian cultural identity. As part of his mission to revive that identity, he declared that Polynesians must write, and to address them directly, he wrote poetry in the Tahitian language. Many of his poems are collected in Pehepehe i ta‘u nüna‘a / Message poétique (1990, 2004). He died in March 1990, at
Read more

During the Fall Semester (August 27 - December 14, 2018), the Hawaiian & Pacific Collections will be open the following hours: